LOCATOR Attachment System is the most globally recognized and trusted brand for overdenture restorations. Combining innovative patented technology with availability in more than 350 implant connections has propelled it to be the preferred choice of clinicians with more than 2 million satisfied patients. The LOCATOR Attachment System is available for:

Some cookies are strictly necessary for the operation of our website, others help us improve your experience by enabling functionalities which ameliorate the user’s browsing experience. Select one or more of the cookies types listed below, and then save your preferences.

Read our Cookie Policy for more information and learn how you can update your preferences should you change your mind later.

Necessary Always Enabled
Necessary cookies are absolutely essential for the website to function properly. These cookies ensure basic functionalities and security features of the website, anonymously.
Functional
Functional cookies help to perform certain functionalities like sharing the content of the website on social media platforms, collect feedbacks, and other third-party features.
Performance
Performance cookies are used to understand and analyze the key performance indexes of the website which helps in delivering a better user experience for the visitors.
Analytics
Analytical cookies are used to understand how visitors interact with the website. These cookies help provide information on metrics the number of visitors, bounce rate, traffic source, etc.
Advertisement
Advertisement cookies are used to provide visitors with relevant ads and marketing campaigns. These cookies track visitors across websites and collect information to provide customized ads.
Powered by 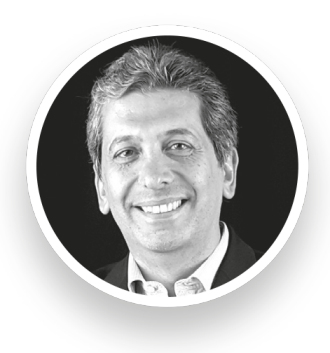 He also holds a Masters in Science and a PhD in oral biology from the Saint Joseph University of Beirut in Lebanon.

He was the former chairperson and is currently an Associate Professor at the Oral surgery department of the Faculty of Dental Medicine of the St Joseph University of Beirut - Lebanon.

He is an Adjunct Clinical Associate Professor in the Department of Otorhinolaryngology – Head and Neck Surgery, Faculty of Medicine, American University of Beirut - Lebanon.

He is a diplomat of the International Congress of Oral Implantology ICOI and an ICOI ambassador and the ICOI international Vice President for Lebanon.

He is an Active member of the International Piezosurgery Academy.

His professional practice is limited, since 1996, to Oral Surgery and Oral Implantology.

Dr. Makary has lectured on oral implantology in numerous local and international congresses mainly on the topics of sinus grafting, extraction site management and ultrasonic implant site preparation. He has several publications in the field of oral surgery and oral implantology.

Dr. Francisco Marchesani completed his undergraduate studies at the Universidad de Concepción, Chile in 1986, where he received his bachelor's degree in dentistry and dental surgeon's degree. In 1987 he entered as an instructor professor in the Department of Surgical Stomatology of the Faculty of Dentistry of the University of Concepción. In 1990, he began his studies in the area of Dento-Alveolar Reconstructive Surgery in the Department of Maxillofacial Surgery of the Ohio State University under Prof. Dr. Larry Peterson. In 1993 he studied at the Albert Ludwig University in Freiburg, Germany. Having as tutor in the area of implantology and maxillofacial reconstructive surgery Prof. Dr. Gisbert Krekeler. In 1993 he made contact with the Dexeus Center in Barcelona, Spain and carried out implantology studies supervised by Prof. Dr. Joan Pi Urgell, a direct disciple of Prof. Branemark.

Back at the University of Concepción, he is in charge of the Implantology Unit of which he was director and organizes the undergraduate implantology program. In 2005, he organized with the University of Ghent, Belgium and Nijmegen, Netherland, an exchange program at the undergraduate, postgraduate and teaching levels, being its coordinator for more than 10 years. Former Associate Professor at the University of Concepción and former professor of the Department of Pathology and Diagnosis. He was in charge of the Surgical Area of the Specialization Programs in Prosthodontics, Periodontics and Implantology, Implantology for Maxillofacial Surgery and the Specialization Program in Implantology with mention in reconstruction and aesthetics.

He is an active member of the Society of Implantology of Chile, a member of the American Academy of Osseointegration and the European Association of Osseointegration. In October 2011 he visits the Face Surgery center in Parma, Italy and together with Dr. Andrea Menoni, inventor of the BoxTechnique, they introduce this technique in Latin America and Europe. He is appointed International Box Technique tutor in October 2012. Lecturer as international tutor of BoxTechnique at Paris V University, in 2012 and 2013 and ICLO Center Arezzo, Italy. In 2014, he organized the continuous training program on fresh cadavers in collaboration with the Pontificia Universidad Católica de Chile. One of the last cadaveric courses on alveolar reconstructive surgery was dictated on July 2021. In 2016, the Marchesani Clinic and Marchesani Education project was completed, of which he is its clinical director. He is currently Director of the Improvement Program in Advanced Implantology (PIA) and the Clinical Stays program at Clínica Marchesani. In 2016 he also received the title of Specialist in Oral and Maxillofacial Implantology. Director of Ossix Community and Best Practice whose objective is the proper use and management of reconstruction biomaterials. Key Clinician for various implant and biomaterial companies at an international level, his characteristic being independence and the absence of conflict of interest in his work as a clinician, professor and lecturer.

During the years 2019, 2020 and 2021, it establishes a continuing education program through digital platforms including seminars, conferences, hands-on and live surgeries. This platform becomes an international leader in distance education due to its technical, academic and scientific quality.

Prof. Gabor Tepper graduated from medical school sub auspiciis presidentis & from dental school with distinction. He simultaneously taught head- and neck anatomy for 16 years at the Vienna Medical University. After postgraduate studies at UCLA he joined the department for oral surgery at the MUW - the medical university of Vienna, Austria where he was in charge of postgraduate education and specialized in implantology & oral surgery. Today his private practice focuses on immediate implantology & prosthetics with over 40k implants placed. Prof. Tepper's constant goal is to develop concepts in implantology, which fight overtherapy, reduce surgical risks and trauma thus providing for a better patient experience. He gave more than 350 presentations about his main topic all over the world. Dr. Tepper received 12 national and international awards and published scientific publications in journals and textbooks.